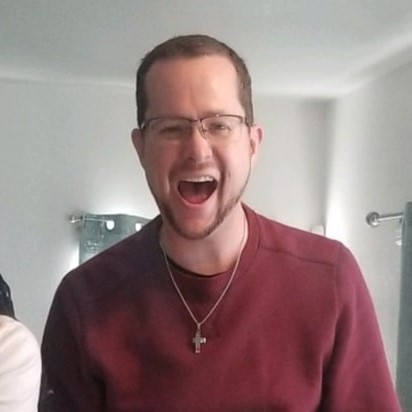 Twenty years ago, God gave me a vision.  I’m not talking about an idea, or thought, or some concept of where I wanted my life to be in the future.  I’m talking about a real vision from God.

And it shall come to pass afterward, that I will pour out my Spirit on all flesh; your sons and your daughters shall prophesy, your old men shall dream dreams, and your young men shall see visions.

I received this vision during the day. As it happened, the world around me seemed to disappear. It felt as if I had suddenly been transported to another place, at some moment in the future. It was as if I were dreaming, but I was wide awake. I could see everything clearly and I had complete understanding of what was happening, even though the vision lasted for only a few seconds.

In the vision, I could see myself on a large stage. I was standing in the middle of the stage, preaching to a crowd of people. To my left and right were large speakers, some music equipment, and some sound equipment. To my right, standing behind the large speakers, were my wife and two kids. My wife was leading my two kids in prayer. They were praying for me as I was preaching, and they were also praying for the people in the crowd. There were also a few other people on the stage behind the speakers who were supporting the event. In front of me were tens of thousands of people. I couldn’t see the end of the crowd because the landscape had some slight hills in the distance, and the crowd of people continued up and over the hills, beyond my line of sight. There were additional speakers on the hills and throughout the crowd, suggesting that the area was so large that the speakers on the stage weren’t big enough for my voice to be heard across such a large crowd. Every person in the crowd was black, which led me to believe that this crusade, as I understood it, was taking place somewhere in Africa.

I received this vision not once, but twice. Both times it was the exact same vision. The second vision occurred while I was eating lunch at a restaurant with some friends. The vision occurred suddenly, while we were waiting for our food to come. When the vision ended, my friends were all staring at me. They could tell something had just happened, but they didn’t know what. I told them about the vision that I had just had. They weren’t sure what to think. To them, I was just sitting there zoned out or something. But I knew it was a vision from God, and I knew the vision would become a reality at some point in the future.

I knew that this was not the kind of vision that would happen right away, so I waited for God to put the pieces together to make it happen. Over the years, I kept asking God when my ministry would start, and each time He would tell me to wait. There were still a lot of things that had to happen in order for the vision to become a reality after all. For starters, when I received the vision, I wasn’t even married, and I didn’t have any kids. 15 years would pass before I became married and had kids. Over those 15 years, I never forgot the vision that God had given me for my ministry. But even after I was married with kids, God continued to tell me to wait. Five more years I waited.

It was now 2019, and for the past 20 years God had been telling me to wait. Whenever I would ask Him when my ministry would start, He would answer, “Not Yet”, “Not Now”, “Wait”, or some variation thereof. Then suddenly in March of 2019, everything changed.

Now to him who is able to do far more abundantly than all that we ask or think, according to the power at work within us, to him be glory in the church and in Christ Jesus throughout all generations, forever and ever. Amen.

“To him who is able to do far more abundantly than all that we ask or think.” This stuck out at me and suddenly had meaning like never before. I felt God telling me that He was about to do far more than I could possibly imagine. It was in this moment that I asked God once again when my ministry would start. And to my surprise, He said, “Soon.” SOON?! I almost jumped off the couch out with excitement. SOON! I couldn’t believe it! For 20 years, God had said, “Wait”, and now He’s telling me “Soon.” I asked God, “When?” and I felt in my spirit that it would be this year. Now, to be clear, God didn’t give me an exact time. I just felt like God was going to do something, and my ministry was going to start before the end of 2019.

But how!? I mean, I didn’t know anybody in Africa. I had met a few people from Africa over the years, and I had even traveled to Israel with someone from Tanzania. But I didn’t have any contact information for any of these people. How was my ministry going to start? There was only one thing I knew for sure: if my ministry was going to get started, then God would have to do it.

God had told me back in March that my ministry would be starting soon, but I had no idea how it was going to get started. There was nothing I could really do, so I continued to wait. Then, on October 8, 2019, I got an unexpected Facebook message on my ministry page. It was from someone named, “Alfred Burooro” and it said:

My dear brothren in the Lord, I request you come to Uganda support the church and work together in the ministry, may God bless you as you come in Uganda, Bishop Alfred Burooro,

My initial thought was that this was some kind of scam. I mean, nobody contacts you out of the blue requesting that you go to a foreign country without some kind of ulterior motive, right? I would have ignored the message, except Facebook’s page algorithm requires you to respond to page messages within a certain amount of time in order to maintain a good response rate. So I responded with a simple question to try and figure out what Alfred’s real intentions were. I fully expected him to ask for money after a few back and forth messages. But that didn’t happen. Alfred appeared to be completely legit.

When I couldn’t find any kind of possible scam taking place, I decided to do some research on the internet to see if I could find out more about Mr. Burooro. There were very few references about him, but what I did find was someone by the name of Ron Kinnear from South Africa who had traveled to Uganda to minister there. In his May 2017 ministry letter, Ron mentions the name, “Bishop Alfred Burooro”. The information in Ron’s newsletter matched the information that Alfred was giving me on Facebook. In one final test for authenticity, I asked Alfred if he could give me Ron’s phone number so that I could call Ron and get more information about the needs of Alfred’s church. To my surprise, Alfred gave me Ron’s cell phone number.

Now perhaps I was being overly skeptical, but I’ve never gotten a ministry invite from a complete stranger before. Remember Ephesians 3:20 (“To him who is able to do far more abundantly than all that we ask or think.”)? To me, this ministry invite was so much more than I could have ever thought of, that I just couldn’t believe it was real. But it was real. Alfred Burooro is a real person in Uganda. His church, The Apostolic Faith Mission (AFM), is a real church. And the invite to Uganda is a real invite.

So now the work begins. As with any ministry, this is not about me – this is about the people that need to hear the good news of Jesus Christ, and the family of believers that need hope and encouragement. This is about expanding the Kingdom of God to Uganda and beyond.

My first trip to Uganda will be a learning mission. I will be meeting with Alfred and his leadership team to learn about their needs, and their vision for the future of their church and school.

I am currently working on getting my passport and making preparations for my first trip to Uganda. I’m not sure when exactly I’ll be going to Uganda, but I think it will be somewhere around March or April of 2020.

There are still a lot of things that need to happen before I can travel, and God will have to come through in a big way on a few of those in order for this ministry trip to take place. I know God will do it, I just don’t know how. One thing I am certain of: whatever God does to make this ministry trip happen, it will be more than I could ever ask or think of.

One thought on “20 Years of Waiting”

This site uses Akismet to reduce spam. Learn how your comment data is processed.

To give with a check, please make check payable to "Real Christian Life" and mail to: