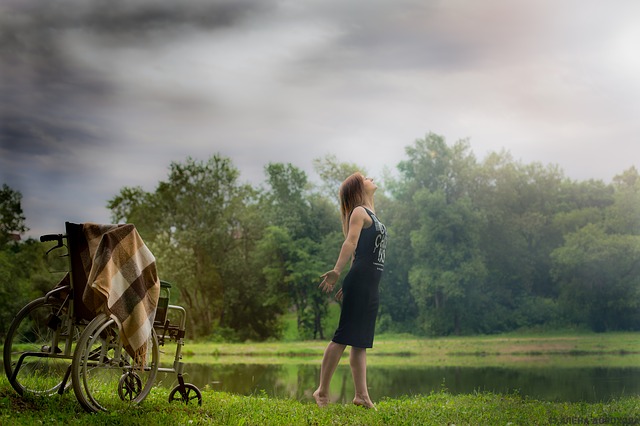 And these signs will accompany those who believe: in my name they will cast out demons; they will speak in new tongues; they will pick up serpents with their hands; and if they drink any deadly poison, it will not hurt them; they will lay their hands on the sick, and they will recover.

If you had asked me two years ago if Christians were still able to heal people today like they did in biblical times, I would have told you that while scripturally it was possible, I had never seen it in person, nor had I heard of anybody who had ever done it. But ask me that question today, and you will get a very different answer. Not only do I know of many people who are healing the sick. I have healed the sick myself.

Everything changed for me about two years when I saw a movie by Darren Wilson called “Furious Love“. Darren had produced four movies by the time I discovered his films on Netflix. After watching “Furious Love“, I was stunned to watch people healed in front of my very eyes. At the time, I believed healings were so rare, that none had ever been recorded on video. And here was an entire movie about healings. Amazed, I couldn’t wait to watch the rest of his films. Every evening after work, I would rush home to watch his next movie. And each movie was better than the one before.

After watching all four of Darren’s movies, my spirit wanted more. Everything in me desired to learn everything I could about healing as it takes place today. My next step was to search YouTube. It wasn’t long before I found a YouTube channel titled, “Lifestyle Christianity” by Todd White. Over the next 6 months, I proceeded to watch every single video posted on Todd White’s channel – over 150 videos in all. I was gaining a tremendous amount of knowledge about healing. But I still wasn’t seeing anybody healed.

Why aren’t we seeing people healed?

In Mark 16:17-18, Jesus said we would heal the sick. So why aren’t we seeing people healed? I believe there are really only three reasons why the body of Christ does not see more healing.

The main reason we don’t try to heal people is that we aren’t sure that it will work. We have self-debilitating thoughts such as, “What if it doesn’t work?”, and “What if I make a fool out of myself?”. A better question you should be asking is, “What if it DOES work!?”

(2) We don’t believe we can heal people.

You may be like a lot of Christians. You believe healing was only for the disciples in Jesus’ time. You might believe that Jesus gave the disciples the power to heal and perform miracles because they didn’t have the scriptures. Once the scriptures were written, we could use those to evangelize instead of performing miracles. As a result, miracles are no longer needed today.

Obviously scripture is very important. So let’s see what the bible has to say about Christians healing people. Here they are in order of when they appear in the bible:

Jesus summoned His twelve disciples and gave them authority over unclean spirits, to cast them out, and to heal every kind of disease and every kind of sickness.

Heal the sick, raise the dead, cleanse the lepers, cast out demons. Freely you received, freely give.

And they were casting out many demons and were anointing with oil many sick people and healing them.

And these signs will accompany those who believe: … they will lay their hands on the sick, and they will recover.

And He called the twelve together, and gave them power and authority over all the demons and to heal diseases.

And He sent them out to proclaim the kingdom of God and to perform healing.

Departing, they began going throughout the villages, preaching the gospel and healing everywhere.

and heal those in it who are sick, and say to them, ‘The kingdom of God has come near to you.’

Now Peter and John were going up to the temple at the ninth hour, the hour of prayer. And a man who had been lame from his mother’s womb was being carried along, whom they used to set down every day at the gate of the temple which is called Beautiful, in order to beg alms of those who were entering the temple. When he saw Peter and John about to go into the temple, he began asking to receive alms. But Peter, along with John, fixed his gaze on him and said, “Look at us!” And he began to give them his attention, expecting to receive something from them. But Peter said, “I do not possess silver and gold, but what I do have I give to you: In the name of Jesus Christ the Nazarene–walk!” And seizing him by the right hand, he raised him up; and immediately his feet and his ankles were strengthened. With a leap he stood upright and began to walk; and he entered the temple with them, walking and leaping and praising God. And all the people saw him walking and praising God; and they were taking note of him as being the one who used to sit at the Beautiful Gate of the temple to beg alms, and they were filled with wonder and amazement at what had happened to him.

while You extend Your hand to heal, and signs and wonders take place through the name of Your holy servant Jesus.

Also a multitude gathered from the surrounding cities to Jerusalem, bringing sick people and those who were tormented by unclean spirits, and they were all healed.

So Ananias departed and entered the house, and after laying his hands on him said, “Brother Saul, the Lord Jesus, who appeared to you on the road by which you were coming, has sent me so that you may regain your sight and be filled with the Holy Spirit.” And immediately there fell from his eyes something like scales, and he regained his sight, and he got up and was baptized;

At Lystra a man was sitting who had no strength in his feet, lame from his mother’s womb, who had never walked. This man was listening to Paul as he spoke, who, when he had fixed his gaze on him and had seen that he had faith to be made well, said with a loud voice, “Stand upright on your feet.” And he leaped up and began to walk.

And it happened that the father of Publius was lying in bed afflicted with recurrent fever and dysentery; and Paul went in to see him and after he had prayed, he laid his hands on him and healed him.

After this had happened, the rest of the people on the island who had diseases were coming to him and getting cured.

And he said to them, “Go into all the world and proclaim the gospel to the whole creation. Whoever believes and is baptized will be saved, but whoever does not believe will be condemned. And these signs will accompany those who believe: in my name they will cast out demons; they will speak in new tongues; they will pick up serpents with their hands; and if they drink any deadly poison, it will not hurt them; they will lay their hands on the sick, and they will recover.

This verse shows that healing was not just for the disciples. If you believe in Jesus, then this verse applies to YOU! It says, “[you] will lay [your] hands on the sick, and they will recover.” WOAH! And even more important, Jesus is actually giving us a command here. He starts by saying, “Go”.

Almost every untrained Christian handles healing by laying their hands on a sick person and then praying for that person to be healing. They ask God to heal them, and often thank God for the healing that is to come. But Jesus didn’t command us to pray to God and ask God to heal people; Jesus commanded us to lay hands on the sick and heal them.

What’s the difference? Most Christians pray and ask God to do it, but Jesus commanded YOU to do it. That’s why Christians who believe in healing and have enough faith to lay hands on people and pray for them don’t see people healed. Because Jesus told us to lay hands on people and heal them ourselves – not ask God to heal them. How is it possible for you to heal someone? Only through the POWER that is in you through Christ Jesus – also known as the Holy Spirit. That’s right, the Holy Spirit works through you to heal people.

And behold, I am sending forth the promise of My Father upon you; but you are to stay in the city until you are clothed with power from on high.

How Do We Heal the Sick?

Now that you know you can heal the sick, let me provide you with some training on how to do it. The below video from my friend Pete Cabrera, Jr. is the simplest explanation I’ve found on what to do and what not to do when healing the sick. Watch this video for a simple step by step instructional on how to heal the sick, then comment below on your thoughts about healing.

This site uses Akismet to reduce spam. Learn how your comment data is processed.

To give with a check, please make check payable to "Real Christian Life" and mail to: